You’ll notice some new columns and a new graph today… please join me in welcoming Manitoba to the club.

Manitoba has had a bit of a different journey with respect to the pandemic. Like the rest of the country, things shot-up there in late March and early April… but then got flattened out very effectively. They flared up a bit again during the last week of August, but again they managed to stamp it down. More recently, in the middle of October, they had a pretty bad three days. Where it goes from there remains to be seen. After that spike, it looked like it was tailing off again… but the last couple of days don’t imply a good trend. Either way, now we’re keeping an eye on them as well.

Note to Saskatchewan, The Maritimes and everyone else… I hope you remain insignificant enough that you’re not worth mentioning here. Numbers are creeping up everywhere, including places that haven’t seen cases in a long time. The Yukon reported two new cases a couple of days ago; their last new case had been August 7th. And the Northwest Territories… one new case yesterday, two more today. It’s the first time since April that they’ve seen new cases.

Similarly, in Alberta… but the number there is 400+. Ugh.

The top Canadian prize still goes to Nunavut… they’re still having none of it. 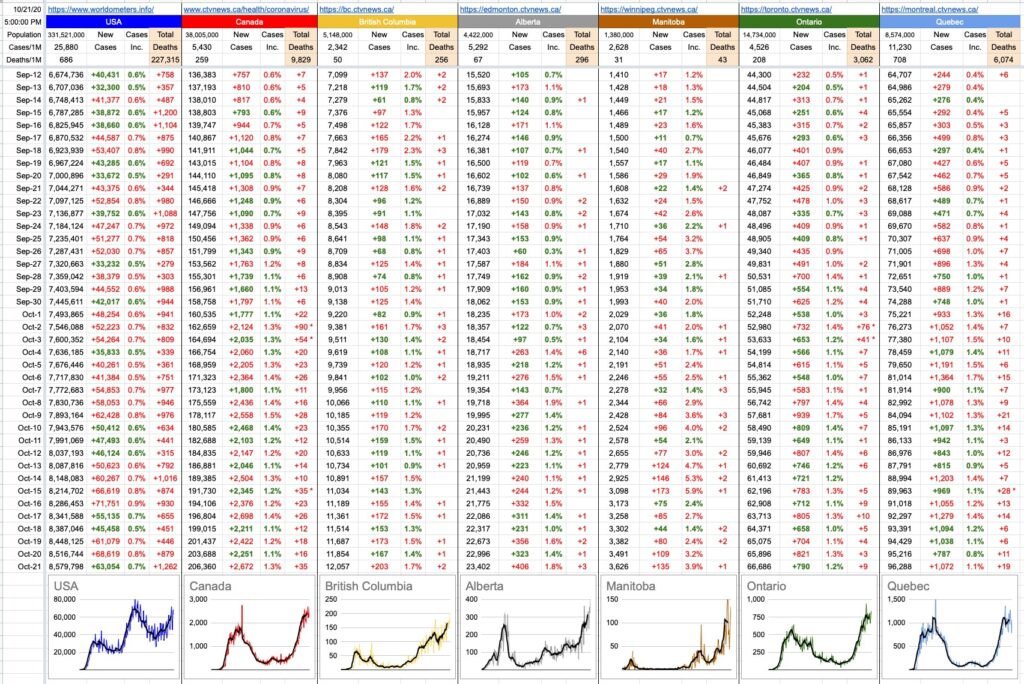