As a kid (or a very immature adult), the “I was just kidding” go-to is the failsafe to fall back upon when you have undeniably and unapologetically screwed up, but… for your own fragile-ego reasons, you’re unable to take responsibility. So you shift it back onto the person you victimized. “What’s wrong with you? Can’t you take a joke?”

The more mature-adult version of that evolves to things like, “Well… didn’t see that coming” or “Who knew?” or “It was unavoidable” or… the big final F.U. – “Que será, será” – because once you’ve run out of people to blame, let’s just blame the Higher Power or universe in general. Whatever will be, will be.

For those who have egos capable of taking a hit, for whom admitting they’re wrong isn’t a problem, who are clear that their actions have consequences… and so on… it’s frustrating these days. It’s frustrating to hear the same thing over and over from people whose opinions are based on science and fact… and then see those things belittled or ignored, often with those sorts of deflecting explanations.

The blatant disregard for the “bigger picture” was on full display this weekend, and has been for a few weeks… which is why the eyebrow-raising jaw-dropping local numbers of this weekend are certainly not that shocking when you consider that at the same time those numbers were being generated, downtown was flooded with people; crowds voicing the same nonsensical excuses, deflecting responsibility from the problems they themselves are causing. And in two weeks when the numbers are even worse, the same stupid nonsensical rhetorical crap will be heard… “Didn’t see that coming”, “What can you do”, “It is what it is”.

Thoughtless people who are in a hurry to get back to normal, pretending nothing is wrong… ironically are the ones who will prevent it from happening. Notwithstanding the majority of big transmission events are happening in private homes, get ready for restaurant and pub closures again. The only thing that remains to be seen is how much longer and how much worse this all will be, thanks to the thankless, blatant disregard of a few… whose selfish actions will ultimately affect us all. 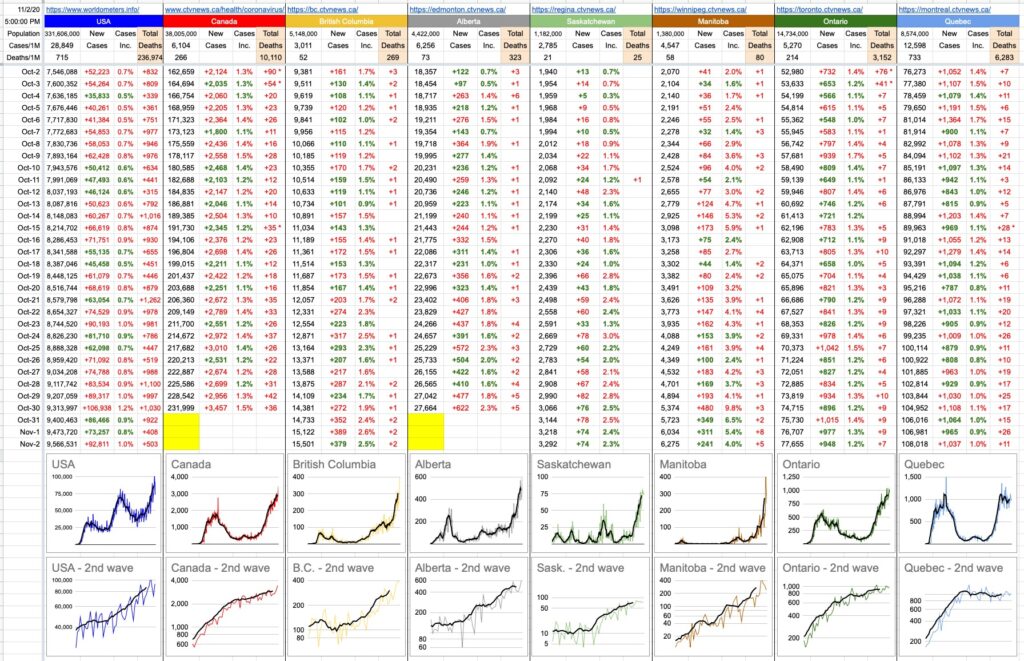