Rainy day today… good weather to stay in and watch something. I wonder what’s on tonight…

If your intention is to watch election results, here’s a three-paragraph summary of what to watch for:

By the time you’re reading this, polls on the east coast will have closed more than an hour ago… results may be trickling in… and watching what’s happening there will give you a good idea of where things are going. Florida, Georgia and North Carolina… if Biden wins any of those three, he’s almost certain to win the whole thing. If he loses all three, it probably implies he’s in trouble because it’d also mean the polls were “wrong”, and things are leaning strongly Trump’s direction.

If that happens, the next state to watch is Pennsylvania, where polls close an hour later. Unfortunately, that will be a slow count… and those results may not be known till later in the week. Without Pennsylvania, in the scenario above, Biden is in big trouble. He’d need Arizona, Michigan, and a bunch of other states.

And then there’s Texas… and that could drastically change things. Very heavy voting in Texas, and it’s a close race there. Chances are Biden isn’t going to win Texas if he hasn’t already won some other southwestern state, but who knows. And if Biden wins Texas, he doesn’t need any of the above. He needs what Hilary won in 2016 and that’s it.

That’s all factual, and perhaps that’s all that’s needed for now… simple, and free of opinion. If you know what you’re hoping for, keep an eye on that… and steer clear of the propaganda bombardment.

Of course, well-above and beyond all of that is the acceptance of those results, and that’s a far bigger question mark. The current president won the last election… but has spent four years claiming voter fraud anyway. There’s zero chance of him not disputing today’s results, no matter what happens… and I hope the U.S. is ready for that, and ready to handle it in a way that doesn’t lead to catastrophe.

In 1860, Abraham Lincoln won the election. He pleaded, in his inaugural address… “We are not enemies… we must not be enemies…” Unfortunately, many didn’t see it that way. Eleven states refused to accept his presidency, formed The Confederacy, and plunged the country into civil war.

The list of “What if…?” scenarios is too long to plunge into now. It’s at least comforting to know that voter turnout in the U.S. is the highest ever. People ultimately care, and are willing to do what it takes to have their voices heard. Many of those voices disagree harshly with each other, but that’s what democracy is all about. Let’s hope whatever happens today is the first step towards healing everything that needs healing down there… though it may be many steps on a long, bumpy and uneven path. 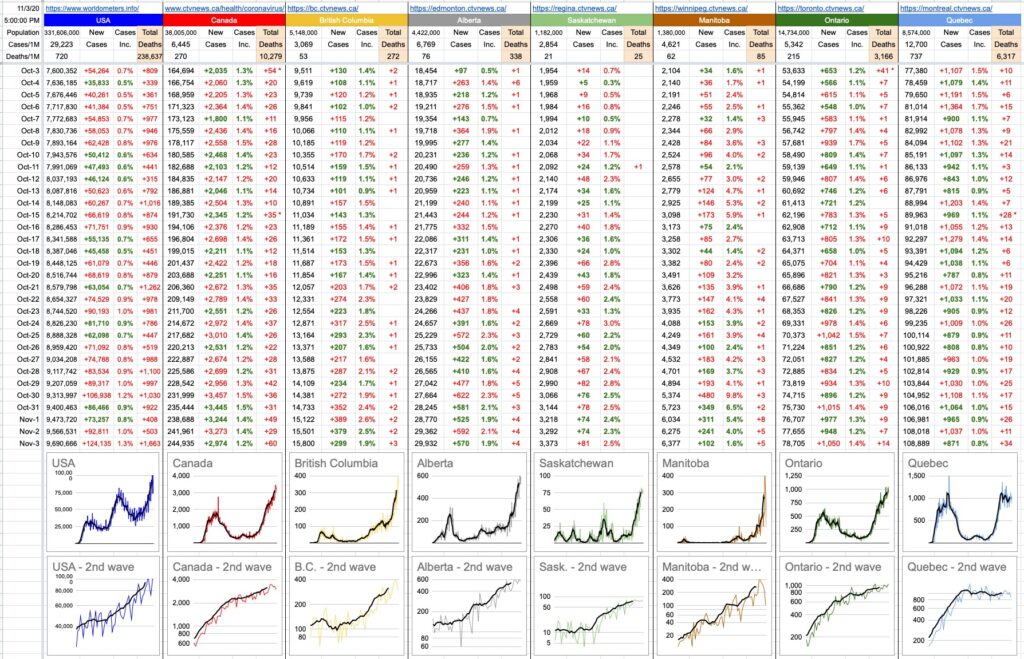