There’s that moment in “The Wizard of Oz” where everything goes from black-and-white to colour. It makes quite an impact…and to a great extent, for a lot of people, that’s how it feels today; a four-year journey of black vs. white, right vs. wrong, us vs. them… finally coming to an end. We are once again surrounded with colour. Isn’t it beautiful?

Nearing the end of that movie, Dorothy and her entourage finally come upon The Wizard himself… and pull back the curtain to reveal that he’s no wizard after all… just a fraud, pulling some levers. Far from a wizard… he’s just a failed showman.

But this is where the similarities end. The wizard gracefully exits; he leaves The Scarecrow in charge of Oz, with The Tin Man and The Lion at his side. A very elegant transfer of power. Then he gets into a hot-air balloon, and flies off to live happily ever after.

Our present fraud-wizard-failed-showman won’t be leaving quietly. The hot-air balloon would be a helicopter in this case, but on January 20th, there’s a relatively good chance Trump won’t be on it.

What’s becoming interesting is the method with which the rats are leaving the sinking ship. For four years, they agreed with, acquiesced to, and validated – his narcissistic venomous bullshit. Now they don’t have to. In many cases, these are people with similar personality profiles, so now what? They arguably played along because it served their purpose; stay on his good side or find yourself with a figurative knife in your back, exiled from the kingdom of Trump. That’s no longer the case. In fact, Trump himself has been pissed off for the last few days, wondering why none of those people are Tweeting their support for their soon-to-be fallen leader. The answer is pretty simple; they’re looking out for themselves at the expense of others… a lesson they learned from Trump himself. It’s time to jump ship.

What’s also not black and white is what’s going on here… it’s red… as in cases across the board in Canada… as per below, so… much… red. All rising… sharply. Red alert.

Dr. Bonnie spoke earlier today and imposed new restrictions, in place for two weeks, effective as of 10pm tonight, affecting social gatherings, travel, indoor group exercises and workplaces. And, in that order: don’t, don’t, don’t, and… follow the rules. Let’s see if we can actually stick to that for two weeks.

We are effectively back to late March/early April; it’s Déjà Vu all over again… and we managed to get this under control back then. And, of course, we’ve learned a lot since then… but don’t think that just because of that, and treatment options, and just because we actually have a vaccine around the corner, that we don’t need to take this seriously. We do… because the tornado that can sweep us away to a world of hurt appears quickly and powerfully. Just ask Dorothy. And yes, we all want things to be normal… and we’ll get there eventually… “there’s no place like home”… but unfortunately, just closing your eyes and tapping your feet a few times, and hoping… isn’t going to do it. 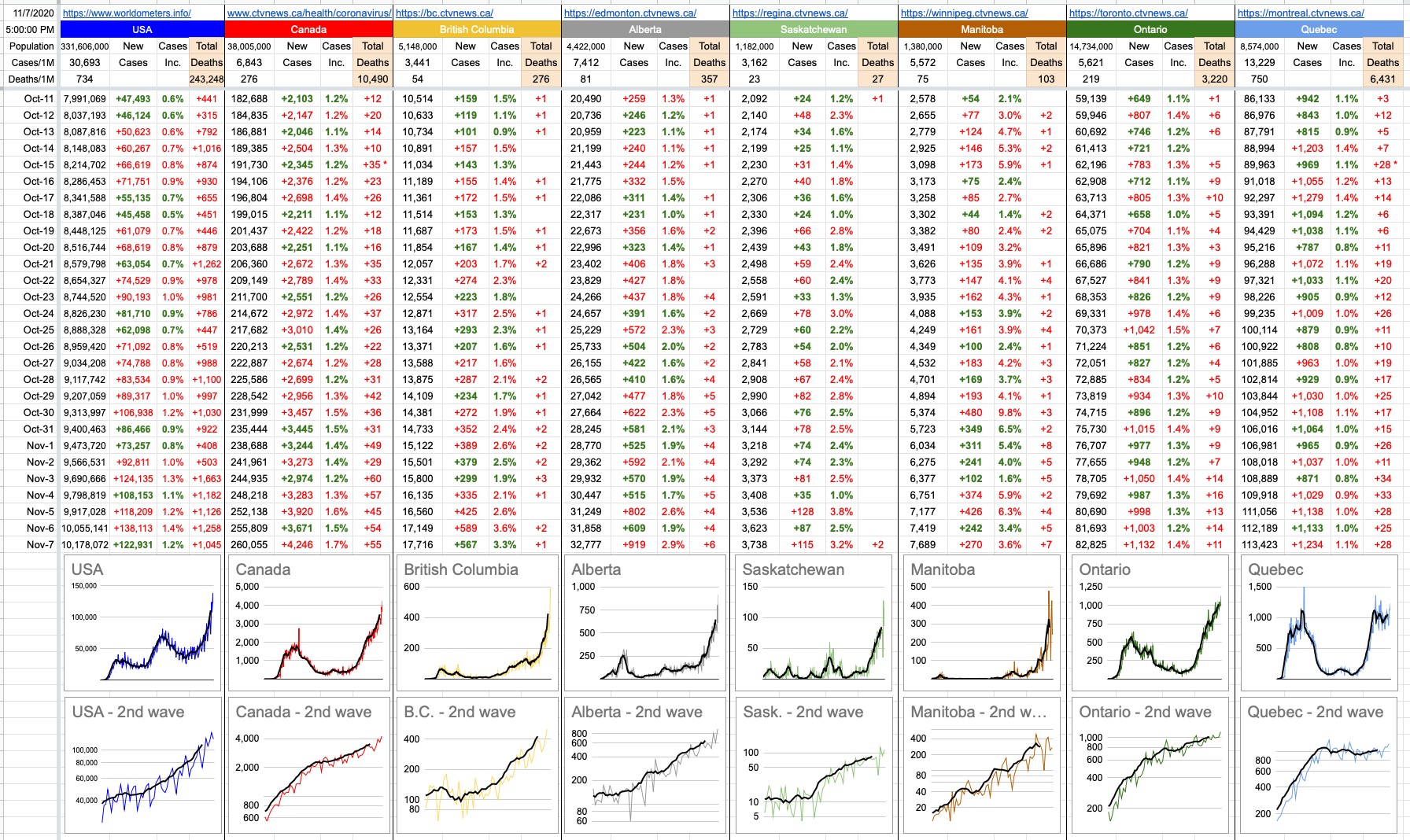