How exactly does one go from a normal, rational, thinking and functioning human being… to a brainwashed zombie? There are a couple of recent examples that make it pretty clear. One is a slow descent, taking you from thinking critically to believing nonsense… and the other is more a perpetual, blunt instrument that just seeks to reinforce your embedded beliefs.

The first example is an email that’s been floating around for a while. It was sent to me, for the first time, over the summer. It’s landed in my inbox a few times since, the most recent being last week. And every time I’ve seen it, it’s a little bit different.

The email is titled something like “The Wisdom of Dr. Bonnie Henry”, and begins with a brief biography of who she is and her qualifications. That’s all good. Then it has a long list of her “wisdom”, some of which are certainly things Dr. Henry might say…  but also, there are things which she certainly hasn’t said, even though they may be sensible.  And then… there are other things that she hasn’t said at all, and which are complete nonsense, and then, finally, outright mis-informational lies.

If you’re a little challenged in the critical-thinking department and/or read things a little too quickly, you might just fall for the whole thing… it’s very-well crafted. Like if numbers 11, 12 & 17 on the list all make perfect sense, certainly number 15 must as well.

The first time I quickly skimmed it, I didn’t actually catch on to the bullshit until I hit this gem: “Wearing a mask for long periods interferes with your breathing and oxygen levels. Wear it only in crowds.” I can assure you; that is not true. I can also assure you that Dr. Henry would never say that.

As is the case with these sorts of emails, some people like to add their own wisdom. Top 10 lists become top 12, then top 15. Someone else throws in some crap without noticing they’re using a different font. Yet another person decides to merge the email with paragraphs from another, which already has been hacked and butchered into a mess that looks more like a dog’s breakfast than a coherent, useful document.

In fact, the last version of this Dr. Henry email had attached to it an entirely new email, one that had originated in the U.K. This one had its own version of good ideas (good handwashing, social distancing) and then, tucked nicely into the middle of it, this:

“The pH for corona virus varies from 5.5 to 8.5. All we need to do, to beat corona virus, we need to take more of an alkaline foods that are above the above pH level of the Virus.

Some of which are:

I’ve reproduced that paragraph of colossal horseshit exactly as it appeared.

The issue is that it appeared in the middle of a bunch of very reasonable things… and this is how it happens; someone you trust innocently forwards you an email without quite realizing it’s not a simple, trustable email from a simple, trustable source. It’s a Frankenstein of words, sentences and paragraphs… and the whole thing comes alive to destroy susceptible minds. And this is what many people are calling “research”.

The second example… well, I can’t talk about spewing colossal amounts of horseshit without mentioning Donald Trump… who was interviewed a few days ago on Fox News by Maria Bartiromo. I’m not entirely sure what’s happened to Maria… perhaps Fox News is the end-of-the-journey cesspool for all journalists who’ve run out of integrity. I recall watching her 25 years ago on CNBC, where her success allowed her to be the first reporter ever allowed onto the floor of the New York Stock Exchange during trading hours. She also did tough, well-prepared interviews with the leading CEOs of the day.

But her “interview” with Trump was ridiculous. She fed into his delusions, his lies, his nonsense… right from the opening bell. Her very first question was this:

“Mr. President, you have said many times that this election was rigged, that there was much fraud, and the facts are on your side. Let’s start there. Please go through the facts. Characterize what took place.”

That’s all Trump needed to launch into his usual election-fraud tirade. Like his usual Twitter storm of falsehoods, but live. And Maria’s response was, “This is disgusting. And we cannot allow America’s election to be corrupted. We cannot.”

This is not news, of course. It’s propaganda, and it’s pandering to the crowd. But Maria Bartiromo used to be a trusted journalist. She’s interviewing the president. She’s doing so on a network that’s ostensibly news. And if someone 10 years ago had shown me that interview, I’d probably have believed every word. It has all the pieces necessary for crafting a convincing “truth”. And Fox News, of course, does come up with real news once in a while… reports that are undeniably true. When you mix all that together… yeah, if this is what’s been feeding your “facts” for four years, it’s probably a lost cause trying to convince you otherwise.

The echo chambers of the media… whether print, broadcast or social… are vast, with plenty of room… and they will welcome you with open arms… as they’ve done with tens of millions of people. 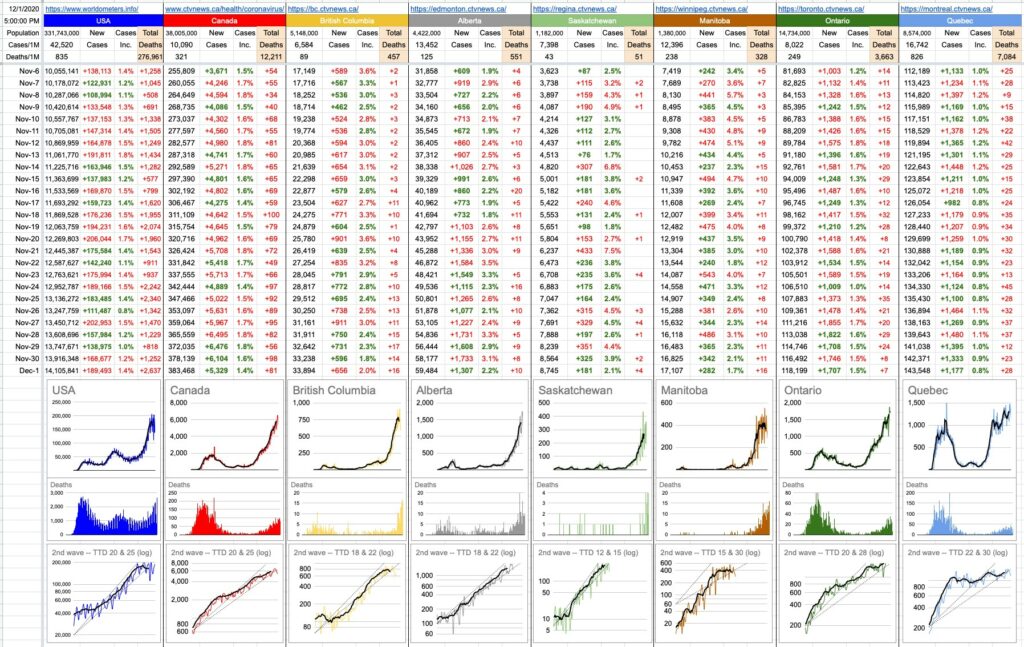