That not-so-PC saying is referring to Brünnhilde, — usually cast as plus-sized soprano — who, after 15 hours of opera (German composer Richard Wagner’s “The Ring”, a 4-part mini-series) has a 20-minute dramatic finale before finally (and spectacularly) burning to death. A somewhat appropriate finale for whatever happens next.

And a somewhat appropriate comparison in that Richard Wagner actually has a lot in common with Donald Trump… numerous affairs, horribly in debt, and terribly racist. Hitler was a big fan. Trump might be as well, though I don’t get the impression that the president gets out to many operas.

So no, it’s not over, though it’s trending against Trump at the moment, and, as expected, he is fiercely lashing out, trying to hold on to the presidency. It was interesting to hear the commentary on CNN late last night, just before Trump spoke, the CNN panelists speculating on what Trump might or might not say. Do you think he’d actually come and question the integrity of the election? Do you think he’d threaten lawsuits? And do you actually think he’d come out and claim victory?

Come on… after four years of this, how can you even discuss it? Of course Trump came out, and did exactly all of that… and even threw out that he’d get the Supreme Court involved.

You know what… I hope he does. I hope he tries, anyway… because one of two things would happen. The first, and by far the likeliest, is that the SCOTUS will tell him to go to hell. Go away with your frivolous nonsense. Every single vote will be counted, period. And that would be a powerful and appropriate send-off to the man who, for four years, tried to stack that court in his favour. Forget the right-wing conservative-leaning court he left in place; he doesn’t care about that. He cares about himself, and counted on these people to save him. And they won’t. Or, at least, they shouldn’t. It would be a final and decisive goodbye, even after the near-corrupt and very hypocritical installation of the latest associate justice.

Or… once again, Trump fools us all and gets the SCOTUS on his side; these jurists who have spent their entire lives upholding the constitution suddenly chucking it all away for Trump. This is exceedingly unlikely, but it’s what would have to happen to somehow declare all votes after midnight invalid in Wisconsin and/or Michigan, but keep counting in places he needs… like Arizona. Of course, none of it makes any sense, but in that scenario… you’d have a corrupt president propped-up by a corrupt court. You’d have a corrupt Executive Branch, propped-up by a corrupt Judicial Branch… which would render the Legislative Branch useless. And at that point, I would agree you’d have to tear-up the constitution, because the U.S. as we’ve all known it is done. Then you start from scratch, once you’ve figured out how to get rid of King Trump; it’d be a nasty civil war because, like it or not, the military would be on his side. Some of them, anyway.

By the way, don’t think this doesn’t happen… the citizens of Chile very recently voted – with an overwhelming majority of 78% — to tear-up their constitution and re-write it.

The thing is… the Chilean constitution they’re replacing was created in 1980 by a military dictator. The new one will be written by committee, pretty much like the American one was written (and has worked quite well ever since) 231 years ago.

Biden is close… but it ain’t over. I can assure you, if Biden loses, he will smile, wave, and fade into obscurity, a long political career done. If Trump loses, he will not go away so quietly… and that’s where things get ugly… but, for everyone’s sake, I would certainly hope that even the most ardent Trump supporters, and his fellow Republicans… Pence, McConnell, etc… would respect the democratic process and support the result, whatever it turns out to be, including shutting down their irrational leader. If he’s voted out, smile, wave, and go face the music that awaits you. The voting wasn’t corrupt. The process wasn’t compromised. The United States constitution isn’t the problem.

It might take a lot of people and a coordinated effort to execute another well-known saying: 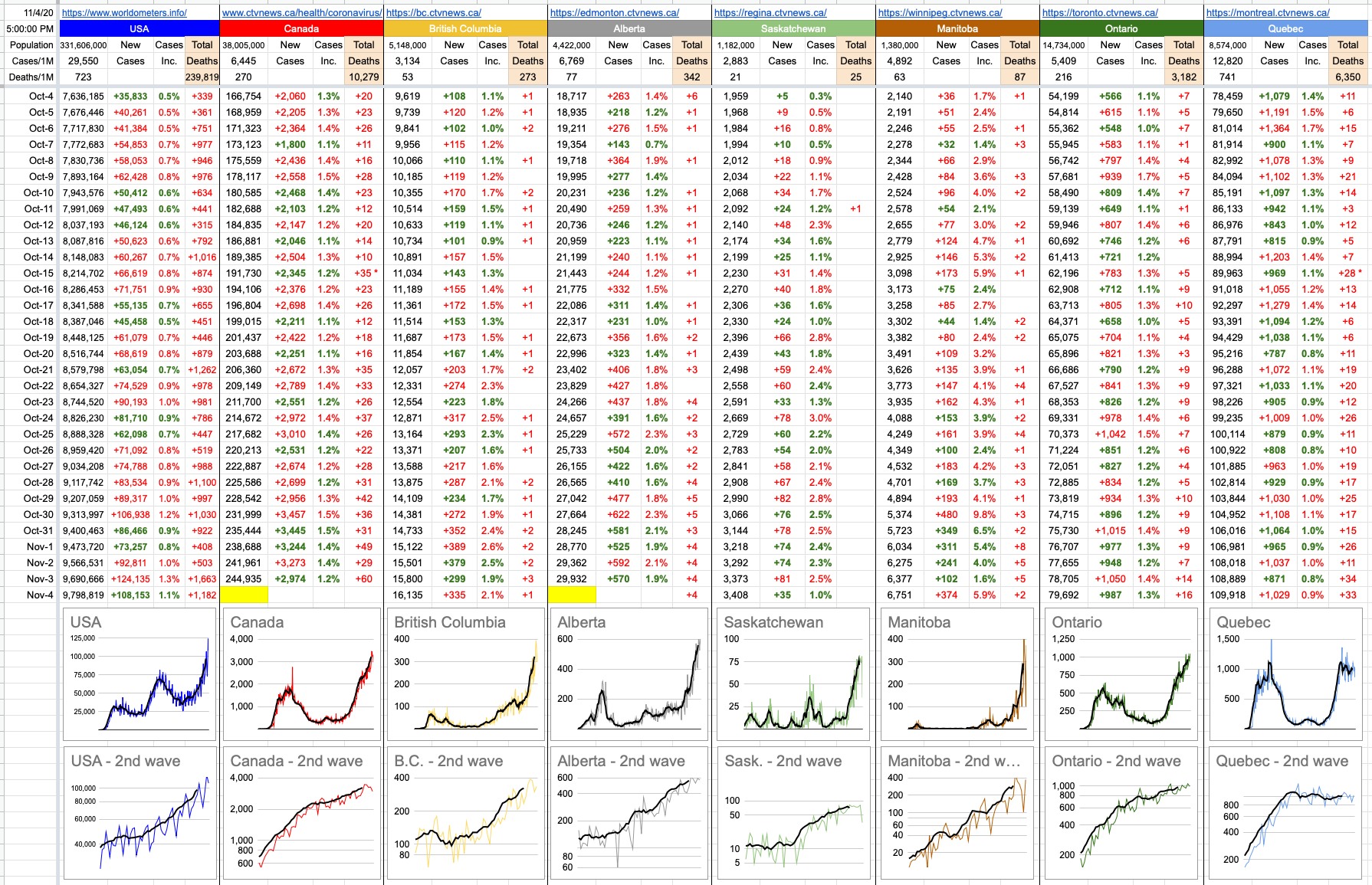