A sincere Thank You to all of you for the kind wishes and messages I received yesterday. It was indeed a Happy Birthday.

For whatever reason, these Prime years always seem to be the “A lot has changed” years. 2015 was certainly one of those. I don’t think we need to talk about this one. What’s coming up in 2027? Well, if history is any indication, let’s rewind 10 years… 2011, age 43. Could I have foreseen my life and what it’d look like only four years later? No. A lot changed. And between six years ago and today? A lot changed.

I look back at these specific years in my life, and for whatever reason, they seem to delineate important transformations or revelations or pivots or whatever you want to call them, and most of them… somewhat unforeseeable. So, 2027? Not even gonna try.

What’s interesting is that if you do the same little experiment, you’re likely to find the same thing…and that’s because the human brain likes to find patterns and to try to make sense of things that probably, actually, are completely unrelated… but we need to make it make sense for ourselves.

Sep 22nd, 1968, happened to be New Year’s Day on the Hebrew Calendar. It’s also the cusp between Virgo/Libra. It’s also the Autumnal Equinox. And, as an added bonus, there was a solar eclipse happening at the exact moment I was born. OMG!!

What does all that mean? Nothing, really… but that doesn’t mean some people won’t try to attach meaning to it. Apparently, all of that put together results in a very unique Astrological Chart. Then again, as I like to say, I’m a Virgo… and Virgos don’t believe in Astrology.

Which leads me to comment briefly on Covid data and facts and the ongoing swirling mass of information that everyone has to contend with. We’re at the point where there will be a fact stated and both sides will jump on it, attaching whatever meaning they want. As a simple example, in Israel, the number of new Covid cases in vaccinated people is much higher than unvaccinated people. That’s absolutely true… and the Anti-vaxxers read that, and that’s where they stop reading because that little factoid is just awesome in their eyes. See? SEE?!

Except that… that’s a completely useless number on its own. Extend that to the actual best-case scenario, where 100% of the people are fully vaccinated. In that scenario, guess what… 100% of new infections, as small as that number may be, are in fully-vaccinated people. OMG!!

I get it… it’s hard to wade through this mess of info sometimes… what does it all mean? Sometimes it means a lot. Sometimes it means nothing. Sometimes it looks like it means something, but it absolutely doesn’t because it’s just a finely-crafted manipulation of what someone wants you to believe. Something into which they want you to attach importance. 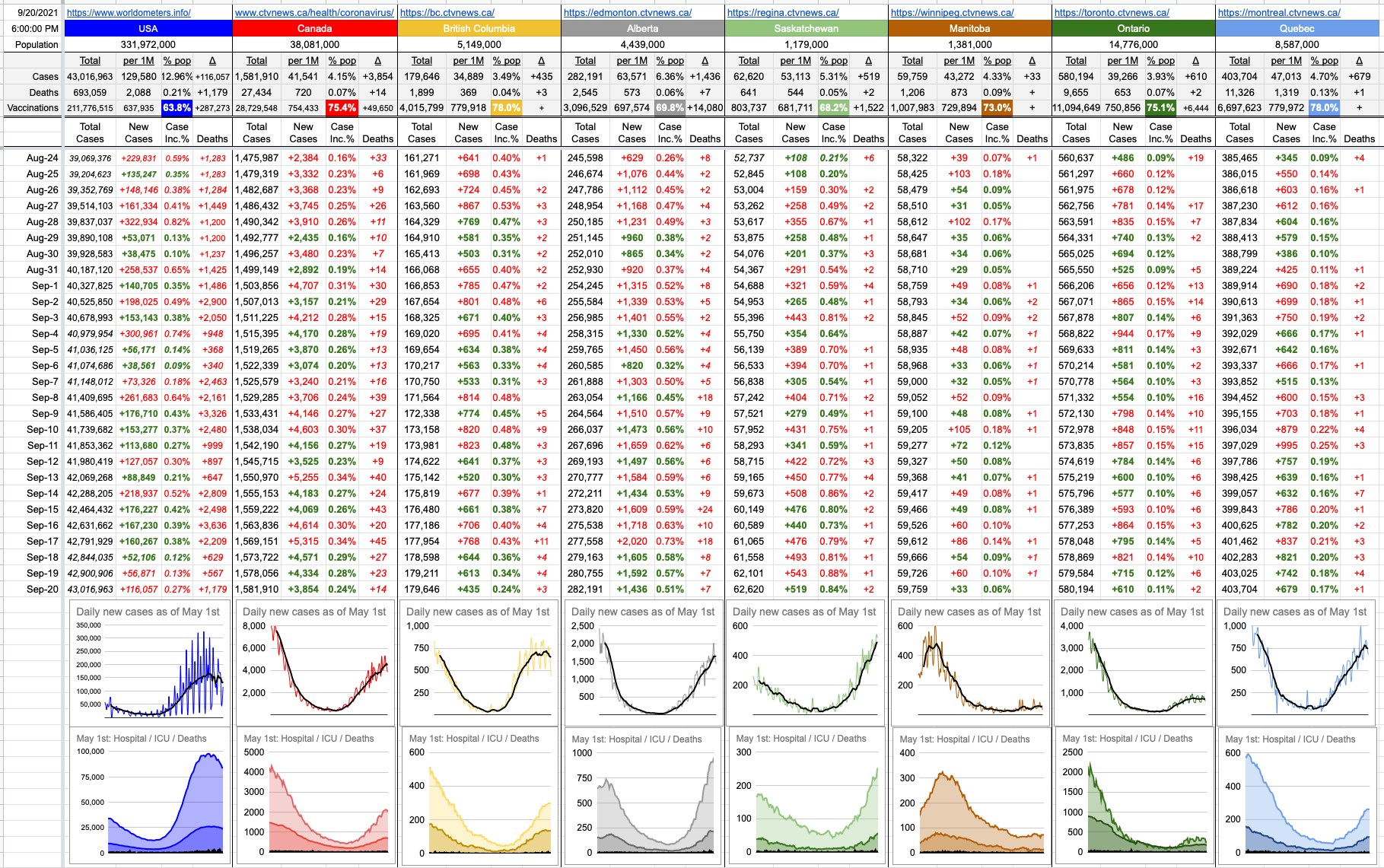