Well… I guess it depends how you look at it.

A little over 20 years ago, a group of terrorists took over four planes with the intention of crashing them into buildings. Three of them succeeded. So… what was the death toll? If you count the total of passengers, crew and terrorists on the planes, they add up to 284. Is it fair to say the death toll of 9/11 was 284? Of course not. We also have to count all of those on the ground.

But many of those people that survived that day succumbed to injuries later. Many rescue workers developed respiratory problems and cancer due to the toxicity of Ground Zero. And how many suicides emerged from the shattered lives of those left behind? Do we count those?

And, of course, 9/11 launched a war, one that lasted twenty years. Add all of those casualties – military, civilian, other… and now we’re well over 70,000. Did those terrorists kill over 70,000 people? I don’t know where you want to draw the line, but here’s a simple fact: Were it not for the terrorists, most of those 70,000 would be alive today.

Closer to home… when this pandemic began, the “it’s no big deal” crowd loved throwing out bullshit numbers like “Covid has only killed 0.0000234%” of the population. With a bit of time and science behind us, we can get a pretty accurate feel for where things are actually at… and where they’re going.

To begin with, like my 9/11 example above, there are complicated philosophical arguments that can be made as to what counts and what doesn’t. There are also abhorrent arguments that can be made like “old people were going to die anyway, so if it’s from Covid, it shouldn’t count.” Tell that to a 9/11 widow whose husband took his own life a year after the attacks because he just couldn’t handle it.

After all is said and done, there’s very little to counteract against the simplest measure of all; Excess Deaths. You can argue that someone with serious pre-existing medical conditions shouldn’t count. You can argue the someone who had mild Covid but died in a car accident on the way to the hospital shouldn’t count. You can argue that a family that died of hunger or misery or loneliness because their sole bread-winner died of Covid – shouldn’t count. There are plenty of arguments that can be made on both sides of those, but it doesn’t matter. At the end of the day, it’s excess deaths. If a certain population typically sees 1,000 people die during a certain period of time but now it’s 1,200, unless you have a very obvious explanation for those 200, if it’s been in the last 18 months, I’m going to assume it’s directly related to Covid.

Globally, the official death count is around 4.8M. That number is way off, and as per all of the above, you can argue what should count and what shouldn’t, but I can tell you this… the real number is around 16 million, with a 95% confidence interval of somewhere between 9.9M and 18.5M. And where exactly do I get this? Excess deaths, of course.

The issue with all of this is that the analysis of this data is only as good as the data itself. From a North American point of view, excess deaths seem to be about 20% above the official C19 numbers… and that’s if you believe the numbers, which generally, you should. There was a period of time when the Trump White House took control of the numbers and everything suddenly dropped. The issue these days is that many sources of data seem to have become less reliable. Nevertheless, at the end of the day, you can’t fudge death numbers. Those are publicly available and out of anyone’s hands to manipulate.

In other places though… China’s official death toll from C19 is… less than 5,000. As you may have noticed, China no longer cares what anyone thinks, nor do they even make an effort to hide behind plausible deniability. They will do and say whatever they want without feeling the need to answer to it, and there’s no better example than the recent hostage exchange. The two Michaels came this way, Meng went that way. Notwithstanding China has been saying for two years how these two are spies and they have evidence and here’s an 11-year sentence, etc… a few minutes after Meng was released, so were they. There was no re-trial. There was no “new evidence” to show their innocence. There wasn’t even a “it’ll take a couple of days to process their release.” Nothing… and to hell with the optics. Here are your prisoners; we’ll take ours. Think whatever you want. We don’t care.

China’s official Covid death toll probably undercounts reality by about 11,000%. Their true death toll is estimated to be between 210,000 and 1.5M. There are countless examples around the world where the official counts are way out of touch with reality… and what’s emerging out of the data is are things like dire humanitarian crises in many countries in Africa. The excess deaths are in many cases, like in China, thousands of percentage points higher than the official numbers. The same can be said about some countries in Latin America.

Anyway… that’s where we’re at, and it’s unfortunately far from over. Or is it? Is there a global light-at-the-end-of-the-tunnel? Like all of the above, it very much depends how you look at it… but that’s a topic for another day. 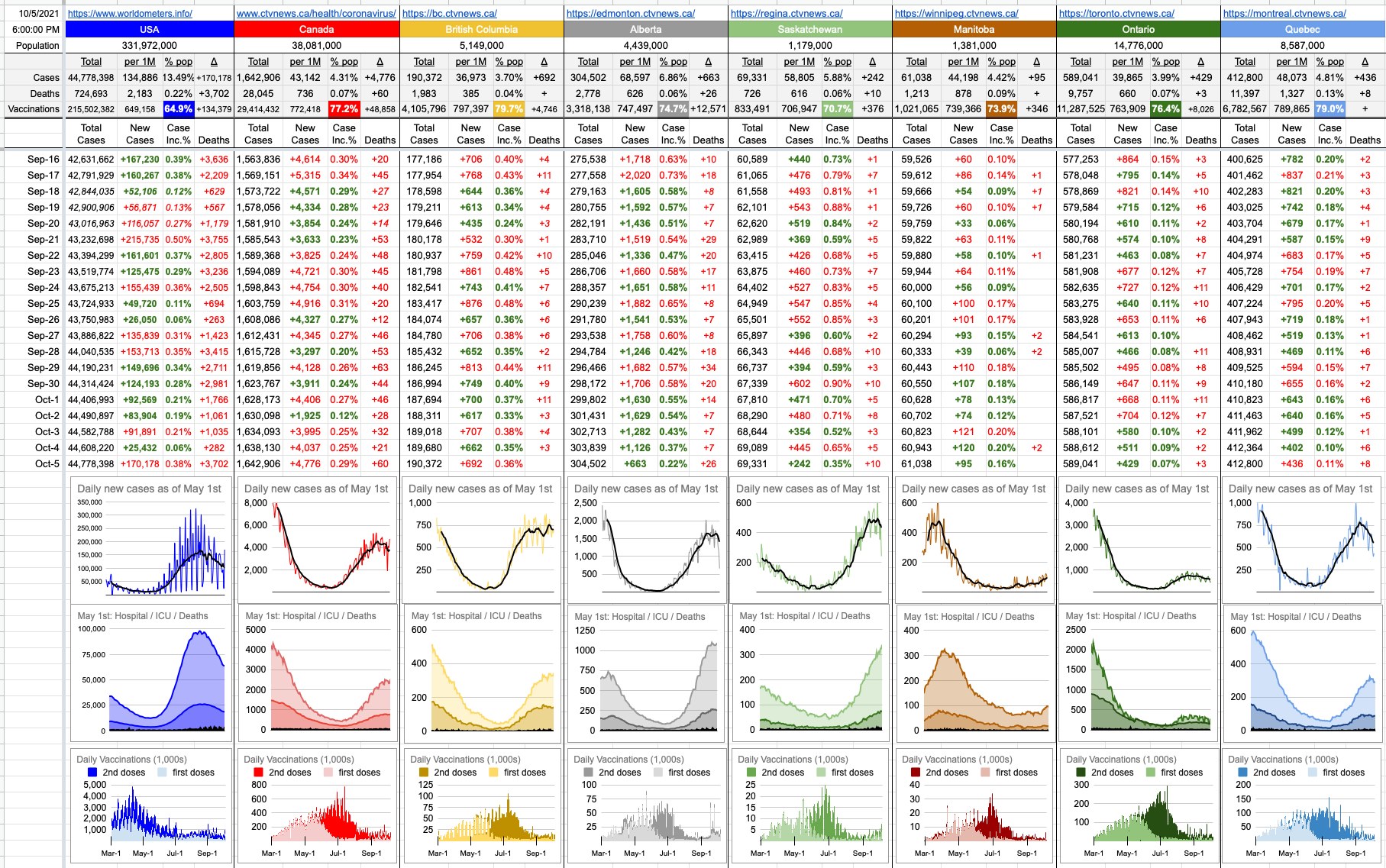