A couple of days ago, Donald Trump gave an interview to 60 Minutes. A couple of people, just sitting down for an interview. One was articulate and well-prepared. The other was not.

It didn’t go well for Trump, because Leslie Stahl pressed him on questions to which she wanted answers, and his constant deflection, and then bringing up irrelevant topics, did not deter her. A couple of times, it devolved to “You’re lying, no I’m not, yes you are, no I’m not.” Trump wasn’t happy, and eventually stormed out, like the kid taking his soccer ball and going home, claiming nobody ever passes it to him.

A couple of hours ago, Trump posted the 37-minute raw footage of that interview onto Facebook. A couple of minutes ago, I finished watching it… and, while still fresh on my mind, here are a couple of thoughts about it.

First of all, there was nothing unexpected. Trump interrupted and deflected and made things up – his usual. It troubles me that a lot of people will see this as a “win” for him – Donald just being Donald, Donald not caving to the evil fake news media, and so on. What’s troubling is everyone who still thinks this is ok presidential behaviour. It’s far from it, but four years of it has jaded us all. Half of the people are like, “RahRahRah Go Trump MAGA!!!” and the other half are resigned to “This is just how it is, for now.” Neither should be acceptable, but here we are.

Tonight, it will be another couple of people who will sit down to “discuss”, when Trump and Joe Biden will sit down in the last presidential debate before the election. The moderator will have a “mute” button at their disposal, but I’m not entirely sure how that might play out. Trump’s mic might get cut, but that won’t stop him from continuing his extemporaneous (adj. spoken or done without preparation; impromptu) bullshit. It might be disjointed and difficult to watch, even more than last time. And let’s remember, this is his last hurrah. His last stand, his last opportunity to make an impression. This is the last round of a long and bitter boxing match, and Trump is behind on points. He needs a knockout, and he will come out swinging wildly and relentlessly. It will be an ugly couple of hours.

In a couple of days, we here in B.C. go to the polls. I sincerely don’t care for whom you vote… but I’d really like it if you did. Stick with what you believe… and put an X next to it.

In a couple of weeks, the U.S. goes to the polls. I’m neither an American citizen nor a U.S. resident, so you’d think I wouldn’t care. Maybe I should care about it as much as some farmer in Nebraska cares about whether it’s Horgan or Wilkinson.

Yet… I do care, for more than a couple of reasons… but since I’m trying to keep these columns down to a couple of minutes, we’ll have to pick it back up in the future. Maybe in a couple of days. 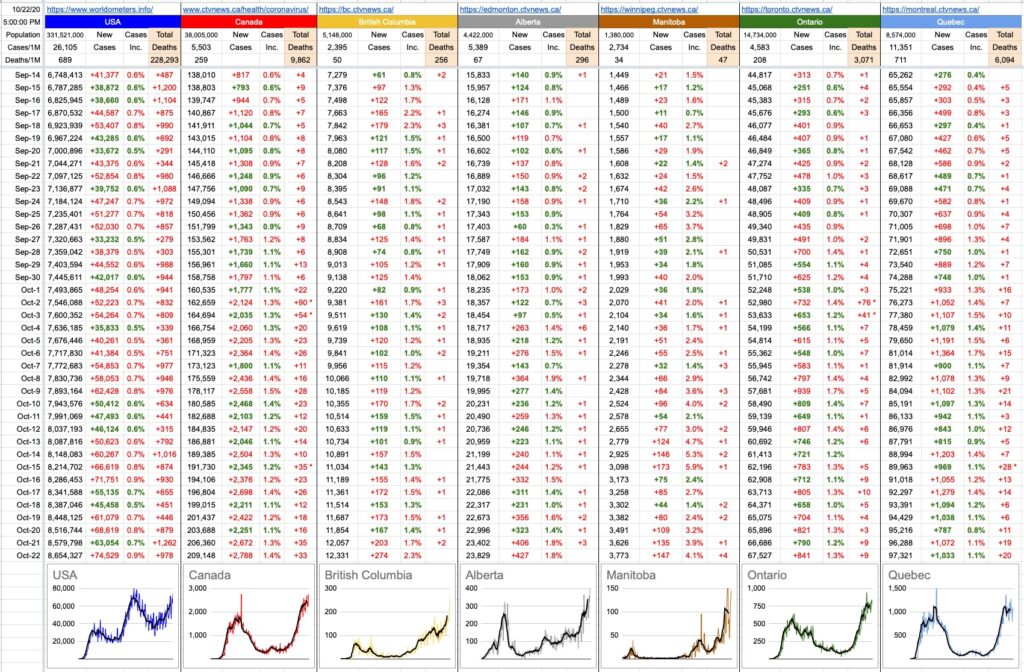