Tonight… November 9th, marks the 82nd anniversary of an event known as “Kristallnacht”. If you don’t know what that is, here’s a brief summary:

On the evening of November 9th, 1938, the mobs took to the streets in Nazi Germany. Jews were assaulted, beaten, and dragged from their homes… which were then ransacked. Over 7,000 Jewish businesses were looted and destroyed. Hundreds of Jews lost their lives, many by suicide. Over 30,000 Jewish men were arrested and incarcerated in concentration camps.

The word “Kristallnacht” literally means “Crystal Night”, named for the piles of broken glass left behind. Indeed, if you were to try to find a “kick-off’ event for the Holocaust that ultimately claimed the lives of 6,000,000 Jews, this was probably it.

The German police stood around and did nothing to stop it. German citizens not participating stood around, many of them horrified at what they were seeing… but also did nothing.

Historians have been writing about, discussing and analyzing this event (and what led up to it, and what came from it) for decades. And every year, it is commemorated… with events where those who were there talk about their experiences, what they witnessed, how it affected their lives. Every year there are fewer of them… but it is important to remember it, to never forget. Those events are happening tonight, like they do every year… except, this time, via Zoom.

I was at one of these events four years ago, and it was more sombering than usual. Donald Trump had been elected the previous evening, and for many people, it was hitting a little too close to home. Nobody knew what lay ahead. Those historians were nervous; they’d seen this before.

Four years later, here we are… and I can assure you, the tone of this piece would be far different had we seen a different election result. I am not saying another four years of Trump would have led to something like that, but if something like that were being led to, we were in the midst of what it would’ve looked like. I’m sure we can all agree that if Hitler had been “un-elected” four years into his term, Kristallnacht, and everything that came after it, almost certainly wouldn’t have happened.

As ridiculous as they looked, dancing in the streets of Charlottesville with their Tiki Torches purchased at the local Walmart, the brown-shirts-to-be are no joke. That’s the “stand down and stand by” crowd, ready to follow their leader. That “leader” is on his way out, and he’ll eventually leave… flailing, kicking and screaming, firing people indiscriminately… like his Secretary of Defense today. Who knows what else he’ll try to pull in the next 72 days, but 72 is a lot less than 1,533.

I feel very relieved to not have to keep writing these “what if” pieces, because they’re tough to write and fill me with dread. Or, at least, used to. It’s like in one fell swoop, problem gone. And maybe you vehemently disagree that things could ever have gotten so bad. Perhaps you’re right. But now, all the conversations become hypothetical, and that’s a truly wonderful thing. And, to be clear, the underlying problem isn’t gone… there’s plenty of healing and plenty of fixing that needs to happen… but all of that starts from the top, with a true leader.

November 9th. November 11th. These are times to look back and remember, and an important part of remembering is learning; learning from what went wrong… learning so that it doesn’t happen again.

And they’re also times to look forward. It’s a time for optimism, and certainly that’s helped by today’s announcement from Pfizer, and their continuing study whose preliminary results show a vaccine that’s up to 90% effective at preventing C19. Maybe this is the one. Maybe this is close to the one. Either way, it implies it’s a solvable problem and we’re far along the path. It’s an appropriately-timed light-at-the-end-of-the-tunnel announcement.

People have been telling each other this for a long time, and I’ve said it here many times… but it bears repeating, especially today: “It’s going to be OK.” 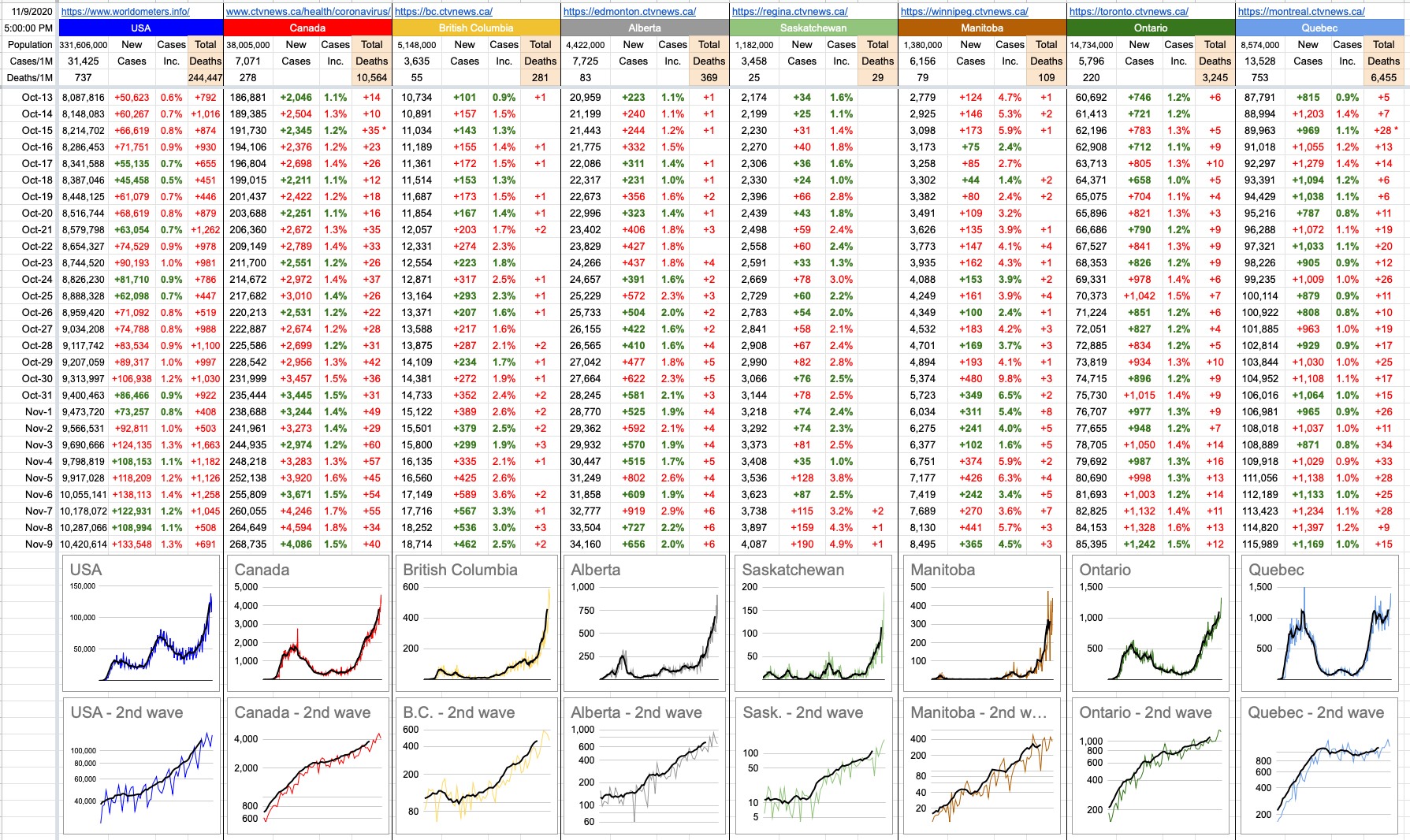