Out of the top 20 worst countries to be in, with respect to this virus, there is only one that can claim less than 100 deaths per one million of population. For comparison, as per the attached data, U.S. has 750 and Canada has 283.

But India, a country of 1.4 billion people and widespread poverty and overcrowding and nowhere near enough infrastructure to handle the medical catastrophe this could be if it got out of control — they’re doing surprisingly well. Their number is 93.

They are second in the world for number of total cases; only the U.S., a country with a quarter the population of India, has more. But while 250,000 (and counting) people have died in the U.S., that number is only 130,000 in India. Even Brazil, a country with less than one seventh of India’s population (and a leader as despicable as Trump), has more. So… what’s going on?

No… the answer is actually pretty simple. Following the rules…. and masks. There have of course been lockdowns and a level of somewhat sophisticated and targeted Unlocks in different regions… but what has made a big difference is national buy-in with respect to masks, where 90% of the population believes they should be mandatory. There is a fine for not wearing a mask, around $20, but 40% of people think that fine should be increased.

For a while, a couple of months ago, it looked like India might spiral out of control. Their graphs looked a lot like what you see here… except they managed to get it under control… and it starts with people doing their part.

On a related note… Diwali this year begins tomorrow.

Diwali is the 5-day Indian festival of lights. I’m not familiar with the intricacies and symbolism, but the celebration part of it… I think if you change Diwali to Chanukah and the 5 to an 8… it’s pretty close. The whole family gets together, you eat great food, you hang out. Good times. Chanukah is in less than a month. A few weeks after that, Christmas. Right after that, Kwanza. If none of that applies to you, there’s always Festivus.

Dr. Henry reminds me a bit of British policemen, before they were allowed to carry guns. “Stop! Or I will say ‘Stop!’ again!”. Well, there’s only so much she can do. Especially now, as numbers are rising alarmingly… either you get it or you don’t. Two weeks ago was Halloween. Here we are. Where will we be in two weeks? This isn’t rocket science. Cause and effect are taught in grade school.

Whatever you’re celebrating… you know what’s ok and what’s not. For your benefit, for your family’s benefit, for everyone’s benefit… be responsible. 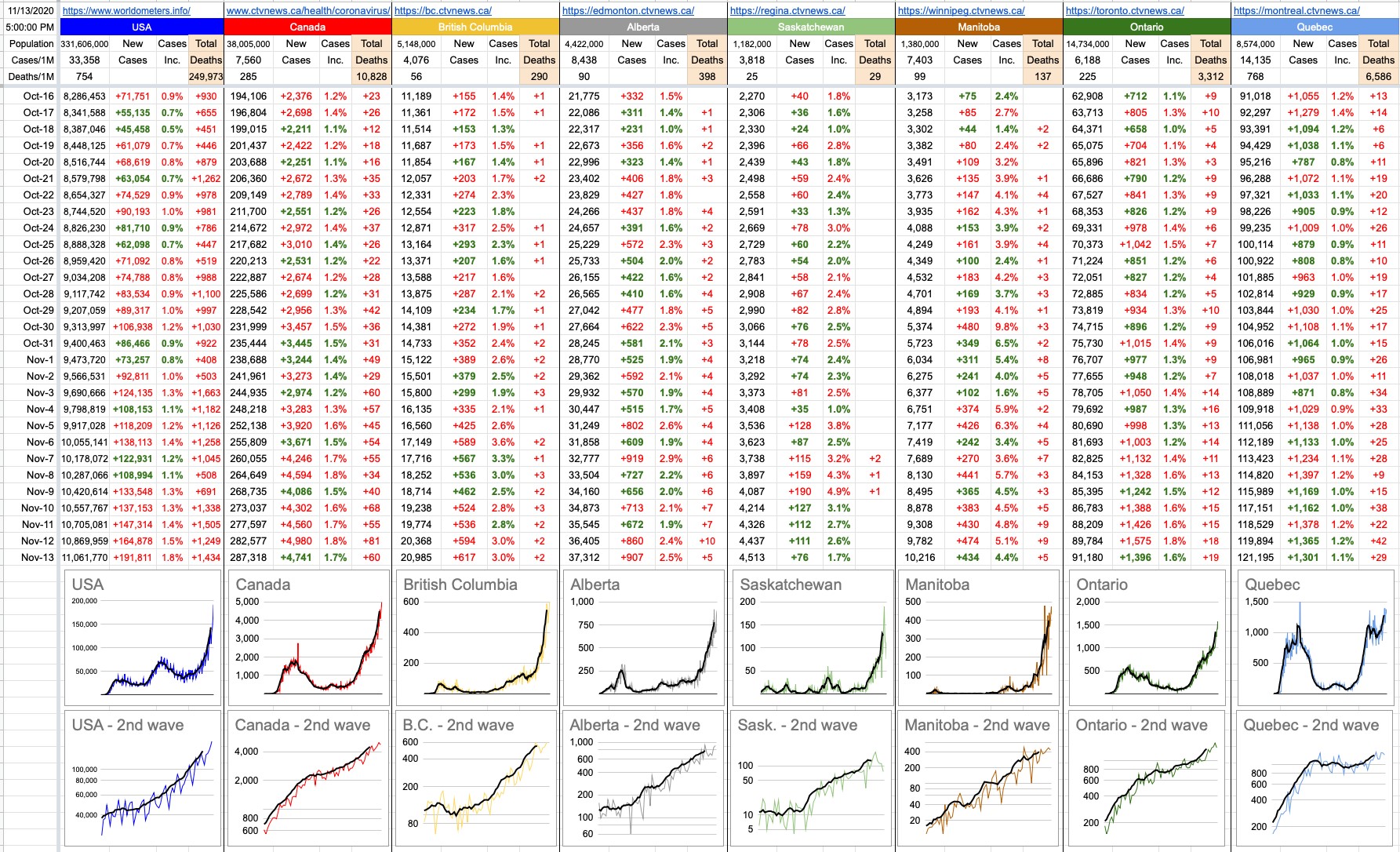