B.C. got its updated numbers today… sort of. More data correction with respect to Fraser Health, and 277 previously unaccounted-for cases that should’ve been counted between Nov 18th and 26th. It’s a fun challenge trying to incorporate that without wrecking the integrity of the data.

Of course, what’s really important is what’s going on now, not what happened a week or two ago… but it’d be nice to consider all of this data reliably, and I doubt we’ve seen the end of these corrections.

Corrections or not, what happened two weeks ago is more important than it sounds, because it’s those new cases back then that today unfortunately translate to hospitalizations, ICU admissions, and deaths.

Looking at today’s big picture, here’s what it looks like: The lifestyle changes imposed upon us might be making a difference, as far as new cases is concerned. The last three days were surprisingly not as drastic as a pessimist might have expected… and maybe we can hope it’s the start of a trend.

Unfortunately, the trailing pattern to cases is, as per above, hospitalizations… and deaths, which seem to trail new cases by a period of about 10-14 days. That makes sense; for those whose course through this disease is a difficult one, it generally doesn’t happen all at once.

What we’re seeing now is the end-result of the spike in cases that led to those new orders being imposed and then being tightened a few days later. Those in charge understand well the implications, and that’s with a medical system that isn’t yet busting at the seams. So, what have we seen recently?

That’s not a great trend… because if it were to keep up at that pace, we’d have over 300 new deaths by the weekend. Fortunately, that’s not going to happen, but this is a little taste of what it looks like when things go from bad to worse to downright scary.

It’s a little bit promising that the new case counts are starting to drop, but we are far from being able to say we’ve turned any sort of corner. Just take a deep breath and stick with doing the right thing… and we’ll see what this week brings. 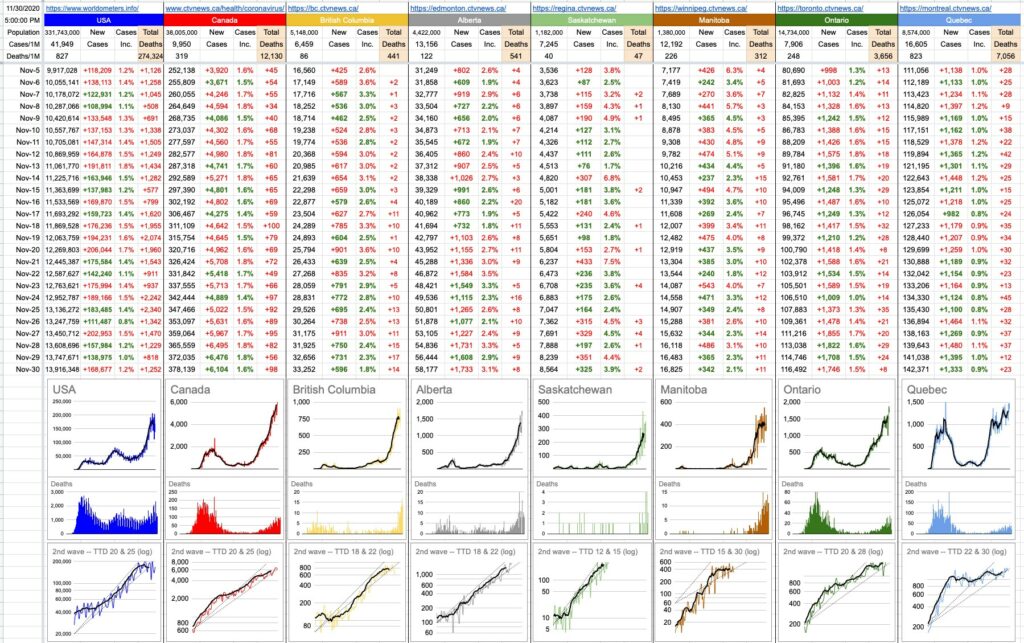