Beware the Ides of March… happy March 15th. Indeed, one day after Pi Day comes Die Day… at least, that was the case for Julius Caesar who, on this day 2,064 years ago, quickly realized that unfortunately, sometimes even your best and loyal friends can literally stab you in the back.

It’s good that politics, at least around here, have evolved beyond that. The House of Commons would be quite a different place if that were still an accepted method of resolving disputes.

One dispute that continues to make some waves has to do with the AstraZeneca vaccine… the opinion of which seems to widen with each passing hour. More people vehemently say there’s absolutely nothing wrong with it, yet more and more countries continue to “cancel” it.

I wrote about it yesterday, so let’s update this evolving story. In Europe, 17 million people have received the AZ vaccine. 37 of them developed blood clots. That is 0.00022% of the population. One in 460,000 people. The typical European rate is actually significantly higher than that. I wonder if this story can turn a 180, where suddenly people realize that the AZ vaccine significantly lowers the risk of blood clots. I’m not a doctor, of course… just looking at the numbers. But that’s what they imply.

This is a great example of politics versus medicine. The science, the data, the everything battle tested says it’s safe; more than safe. The politicians who need to cover their asses always like to play it safe, so once those dominoes start falling, “the optics” dictate you need to follow suit. If eleven countries have decided to suspend it “out of an abundance of caution” (and to hell with the data, such as that analyzed and reported by the World Health Organization), and you’re the leader of the 12th nation, what are you going to do? Even as the scientists tell you… it’s fine, it’s ok, here’s the data… yeah, you’re going to cave. This is high-school peer pressure on a global level. Look around; everyone is putting up their hand. What was the question? Who cares, follow along, don’t look like the idiot.

Unfortunately, as I wrote about and am now believing more strongly by the hour, this might have a profound effect on what C19 looks like in the coming weeks in Europe.

Around here, as much as there are people who’d like to jab a dagger in Trudeau’s back, I applaud his resoundingly unambiguous statement endorsing the AZ vaccine, and I applaud the reliance on the suggestions coming from Health Canada – not the obscure political PR analyst firms in Ottawa.

Sunny day here in B.C…. and we get an extra hour of it… and, nicely trending numbers over the weekend. All of that pointing in the right direction. 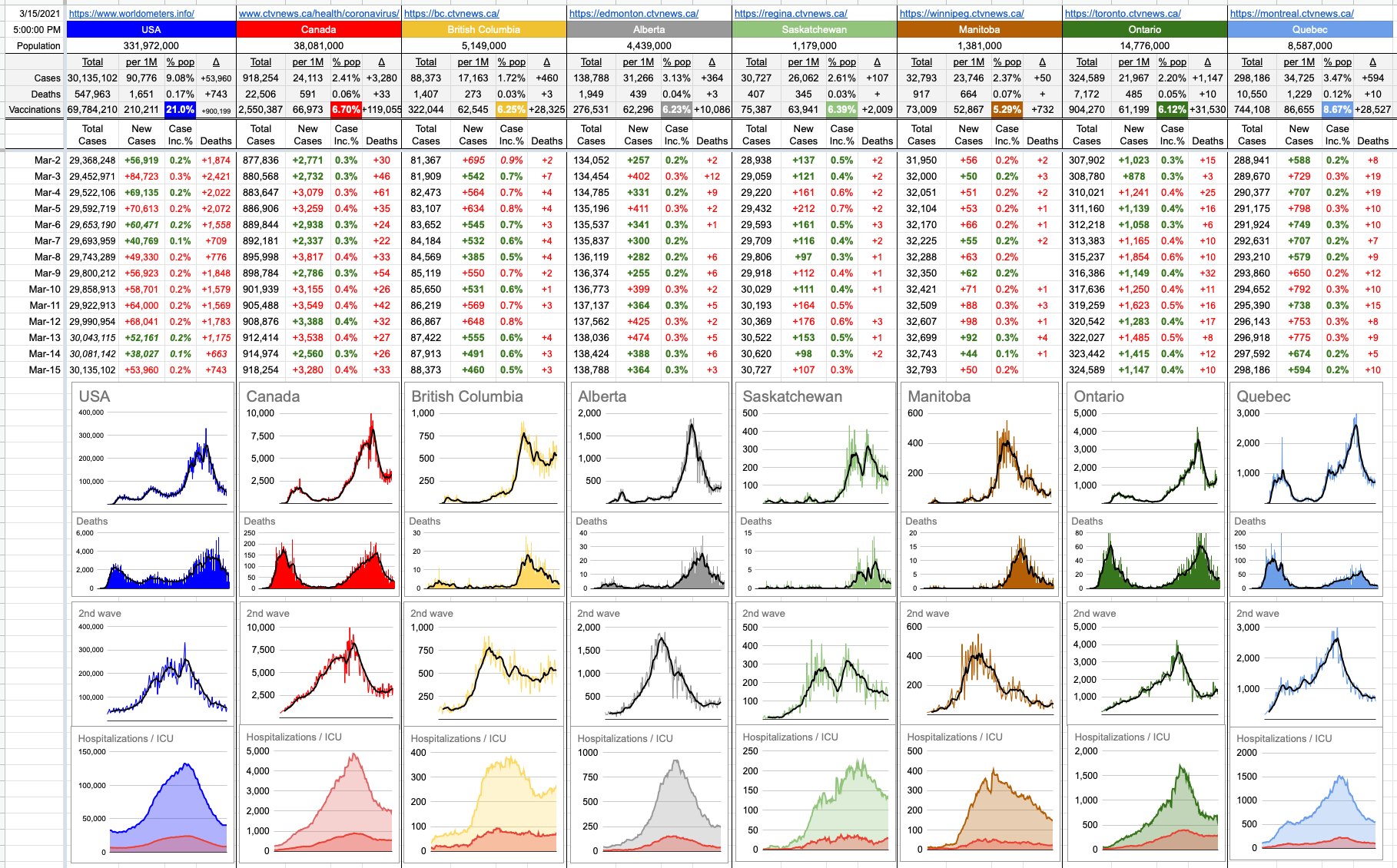