At some point soon, Health Canada will announce the availability of a vaccine. Provincial Health Services across the country are already working on the logistics of providing it to you.

If you ask someone today whether they’ll be getting it, the usual answer is “Of course… but not right away… just want to make sure it’s ok.”

Well… by the time it gets to most of us, it’ll almost certainly be ok. More than ok. In fact, it will have been ok from day 1, where some of the first people to have gotten it would have been at higher risk… front-line workers, elderly people… and they will all be just fine. More than fine.

It’s not an irrational concern; vaccines, as we’ve repeatedly heard, take many years to develop. And, even then, sometimes there are problems. How can this one, super-rushed at every step, be guaranteed to be safe? How can we sacrifice so much time without sacrificing quality?

Part of the answer lies in understanding why it usually takes so long.

First of all, as usual, money. Developing a vaccine isn’t cheap, and isn’t always successful. The millions of dollars it takes aren’t always so easy to find. After the initial idea for the vaccine is thought up, it takes money to develop that thought. A grant gets applied for, and that’s usually not successful… something like the good old 80/20 rule plays out… where only 20% of these proposals actually get funded to proceed. Just getting to that point is a grueling and time-consuming process. Where animal testing will be involved, ethics boards also need to sign off.

In this case, there were no grant proposals. A ton of money was found, and quickly. Bill & Melinda Gates have thrown a staggering $420 million dollars into C19 research. Also, a million dollars that went towards the funding of the Moderna vaccine came from… Dolly Parton. From far and wide, the money rolled in… and what usually takes years (if it happens at all)… took minutes.

This allowed multiple, parallel paths of development. Top minds from every angle tackled this problem, and it was found that developing an mRNA (instead of DNA) vaccine would be the right way to approach things. This inherently saved some time because some concerns that usually need to be addressed became non-issues. You don’t need the actual virus. You don’t need to attenuate it… a tricky process of reducing the virulence of a pathogen, enough that it becomes relatively harmless, but not so much that it becomes useless. All of that takes a lot of careful experimentation… and consumes a lot of time. But in this case, all that was needed was the genome sequence of the virus. The risk is far less with respect to human safety. The bigger risk is whether it’ll work at all.

At some point in the research, a vaccine candidate makes an appearance. And normally, there begins a cycle of testing, publishing, approval and requests for further funding… and each iteration requires more people, more testing, more money, more oversight and more approvals. These cycles take time. Finding more people. Finding more money. Sitting around waiting for approvals. But in this case, there were plenty of people and there was plenty of money. Typically, the people who hold the giant stamps of approval are busy… things enter a queue… to the bottom of the pile, and they slowly sift to the top, at which time they get dealt with. This time… straight to the top.

Eventually, after tests are shown to be successful and safe in large populations (tens of thousands of people), a drug company willing to take some risk gets involved… because they start from scratch, and need to duplicate the results to their satisfaction. The production, the testing results, everything. And if they do that successfully, then they can approach the FDA (or whatever other relevant governing body) for approval… after which they can figure out how they’re going to produce and distribute all of that in a way that makes economic sense.

In this case, a lot of that took place in parallel. We will never know how many millions of doses of non-viable vaccine got thrown into the garbage, and by whom… but with so much money available and so much at stake, it was the right way to do things. If this vaccine candidate might actually be the one, make lots, and make it now… and if turns out to not be the one, oh well… some money was wasted, but the risk/reward made it worth it.

There are already millions of doses of Pfizer and Moderna vaccine in existence. As we speak, millions more are being made… on the assumption that when this all goes in front of the FDA on December 10th, things will go well… so well that it’ll only be days later when wide-spread distribution will begin. Normally, production would have begun only after FDA approval.

Indeed, the right question that was asked months ago was a simple one… “How do we get a vaccine out to the world as quickly as possible?” – and the answer was to cut corners that wouldn’t affect the safety or effectiveness of the end result. And that’s what we’ve gotten.

When you’re so used to something taking that long, it’s natural to view it with suspicion… but here’s a simpler example. Let’s talk about NFL football for a minute… a typical NFL game takes a little over three hours to play. The game clock, though… it’s only an hour… 4 quarters of 15 minutes each. But here’s the thing… inside that one timed hour, the actual time the ball spends moving is… eleven minutes. But… there’s the time between plays, where the clock keeps moving… but the ball is sitting at the line of scrimmage, waiting. There are official replays. There are challenge flags. There are timeouts. There are clock stoppages. There are two-minute warnings. There are commercial breaks. There’s halftime. If you were to compress a typical NFL game by removing all of that, you could watch the entire thing in less than 15 minutes. Do you miss anything of value by doing so, if all you’re really interested in seeing is actual football being played?

Similarly, as it turns out, once you remove the bureaucratic delays from the vaccine-development timeline, all you’re left with is the science, and the procedures that drive it. And an end-product that’s as trustable as one that would otherwise have taken years.

After reading all that, you still might be thinking, “Yeah, but still…” and that’s ok. At some point, it’ll reach your comfort level… but for what it’s worth, if nobody wants to go first – sign me up. Having a clear understanding of how this all came about, I would have zero hesitation. If volunteers are needed for the front of the line, I’m there. 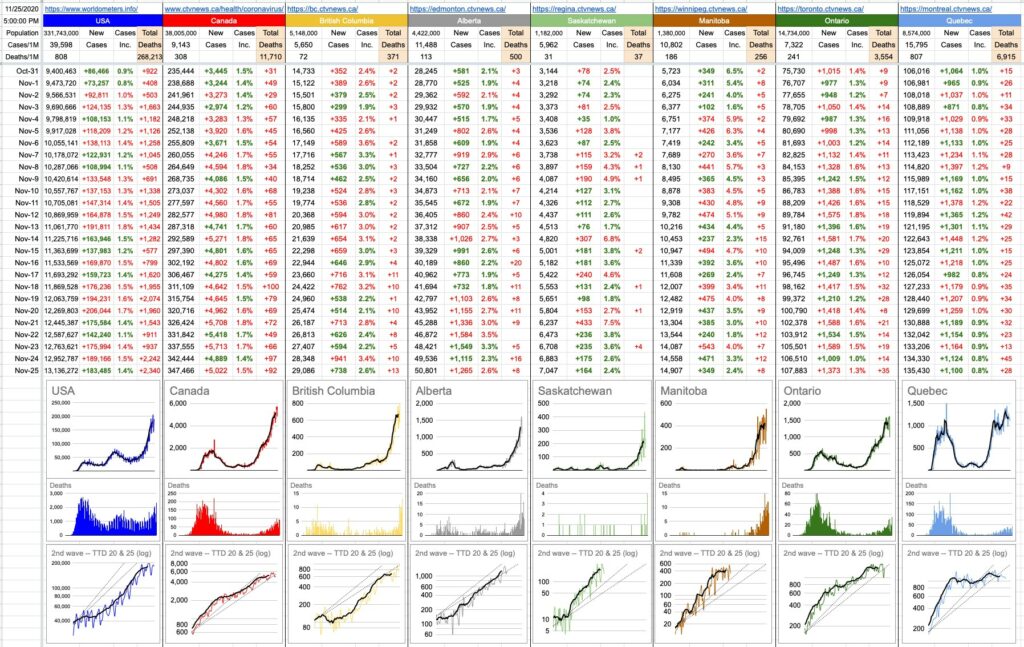